The final promo for Mad Men, which was broadcast during the Mad Men marathon prior to the final episode, features the 1975 Paul Anka hit, "The Times of Your Life". Appropriately, the song was originally written for a television advertising campaign for Kodak film, which was broadcast that same year. The campaign was so successful that Anka recorded a full-length version of the song, which remained in the Top 40 for 12 weeks.

All episodes were written and directed in 2013 and 2014, but AMC decided to split the final season as they did with "Breaking Bad". 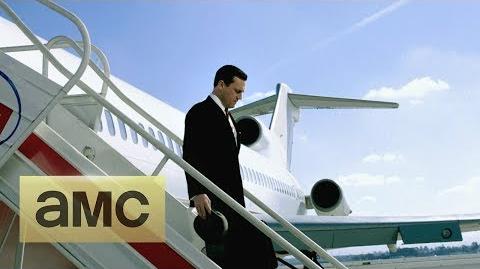